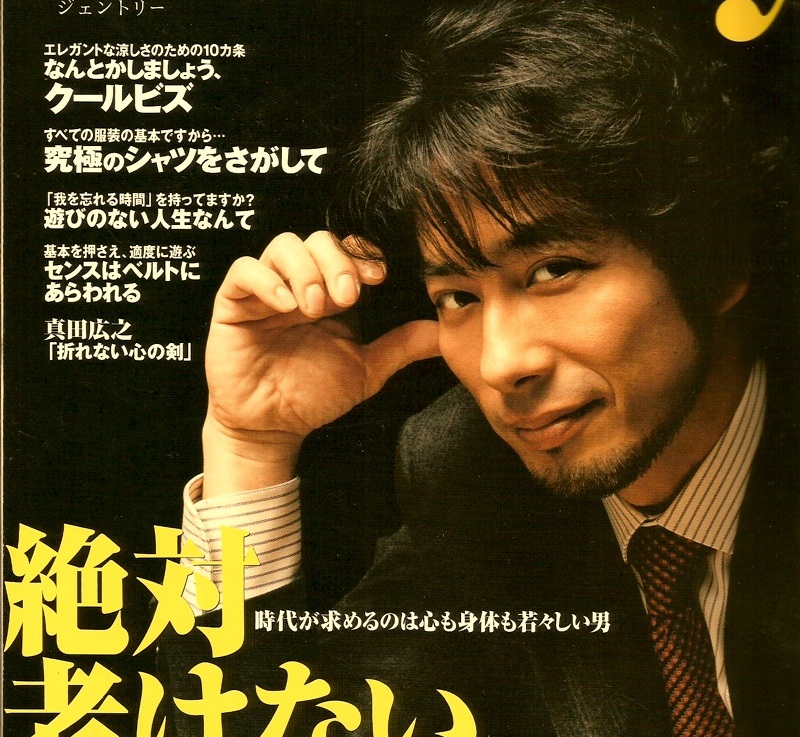 Hello. I was just wondering if you have an early 21st century Japanese magazine named after you? No? How unfortunate. How frightfully dreary your life must be.

I’m pretty sure it’s defunct now. It was a sort of middle aged executive menswear magazine; dressing like Pierce Brosnan is among the suggestions in this copy. There’s also a worringly fulsome appreciation of The Duke of Windsor, fraternising with Nazis and all.

PS: I was once stopped on the street in Harajuku by some kind of Tokyo fashionista and told that I had “mature Europe style”. Er… thanks?