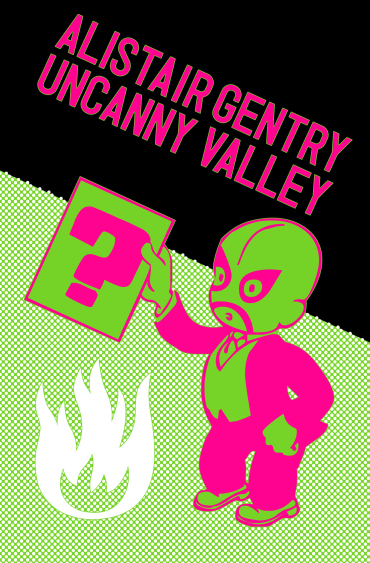 I’ve just rationalised (in most cases reducing) the prices of my books and ebooks so they’re consistent across like formats. Since I’m based in Britain and price things in pounds the prices may still translate into odd amounts in foreign currency, but they will at least now translate oddly and consistently.

Career Suicide is my memoir of working as an artist and film maker for most of my adult life, while experiencing almost every misfortune except popularity. I’ve been told it’s funny, a good read and it contains valuable insights on the art world’s foibles and failings. And slightly less valuable insights into my own. My adventures in gonzo art criticism continue at my blog of the same name.

Uncanny Valley collects my published short stories from various anthologies and magazines circa 1996-2006: among other things, a magic talking dog castrates the Estuary Gaffer Tape Rapist with his teeth, a robot maid trades housework for sabotage, and the last living intellectual escapes from his cage at the zoo and goes on a rampage of contemplation…